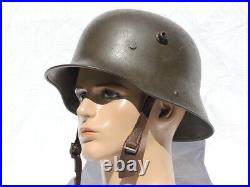 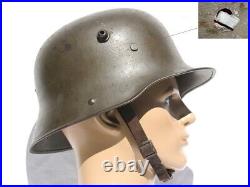 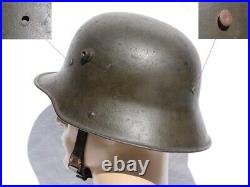 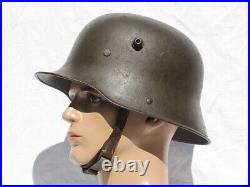 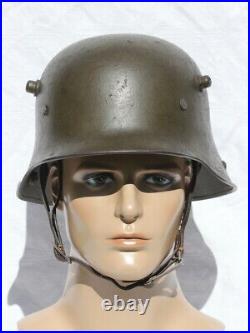 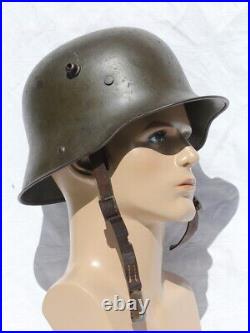 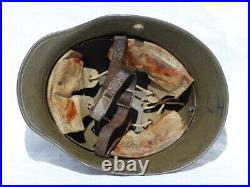 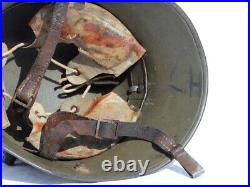 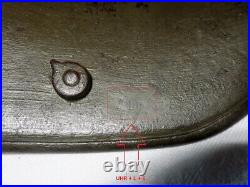 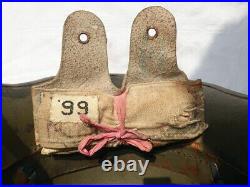 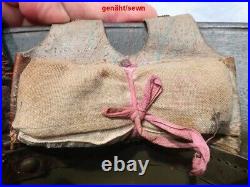 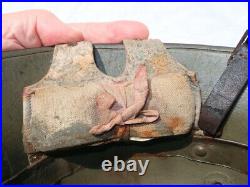 The helmet is model M16. The helmet has a typical Finnish overpaint used in World War II. Finland bought 80,000 German military helmets in the 1920s, so some were already in need of overpainting in the 1940s. The size of the steel helmet is 64. The user of the helmet replaced older liner in the front with M18 size 64 liner and chin-strap.

The rivets were strange and while port side rivet was totally missing, I replaced the rivets from the new production. Of course you get the original rivets (2) with you.

The leather of liner is still pliable and not broken which they usually are. The wearer of the helmet was wounded in the stomach in the summer of 1944 in Tali-Ihantala, but the prompt action of the medics saved the life of this soldier. The back of the helmet has the user's initials. I bought this helmet from veteran's son.

Was involved in the war at the age of 18 in 1941, after two weeks of training. He then reportedly in Tali-Ihantala in 1944 in a counterattack on a small hill got a submachine gun bullet in his stomach. It was praised as soon as the medics took him back to the massacre. From there immediately to the field hospital and then to the surgery in Lappeenranta.

Recovered completely, at least physically. They were the five brothers of a family of 9 children all on the front lines. This item is in the category "Collectibles\Militaria\WW II (1939-45)\Original Period Items\Russia\Hats & Helmets". The seller is "lipfertjg52" and is located in this country: FI. This item can be shipped to North, South, or Latin America, all countries in Europe, Japan, Australia.